The story behind the product 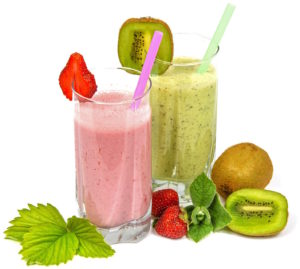 I’m a mum! I have 2 children by birth and 4 more step kids. Life is chaotic and generally fun. Because of the huge family, we holiday in the UK typically pottering about exploring the hidden treasures of life. This obviously includes regular and rigorous testing of whatever local cafés we can find on our travels.

We found we didn’t have a lot of choice outside of hot drinks and kids drinks that more often than not were very sweet. I found I was often buying water or milk to avoid the thought of several hyper active sugared up kids or arguments. At one point my daughter complained to a very nice café owner about not having much choice. The café owner then dug out several tubs of pre flavoured offerings, this included milkshake mixes, chailatte mix and an iced coffee mix. In total with a few flavour choices she had about 6 x 2kg tubs in a very limited space. The drinks they made were not as good as we hoped.

My daughter wanting a second round then spotted the 1883 syrups proudly displayed across the back. She said “I know those and I know they’re really tasty, why don’t you use them’. I actually chatted with the café owner for a while, she admitted the tubs took up too much space and didn’t sell as well as she hoped. I asked if I made a mix that was a single pack and utilised real espresso for coffee frappes and the syrups for flavour would that help? ‘Perfect’ she said ‘it would solve the space issues and certainly sell better.’

So that’s what I did. We removed the different flavours we offered in the Kool Kup range (a brave moment). After rigorous testing and some arguing we finally had the right recipe, one my daughter proudly approved of.

Kool Kup is a simple ingredient. You add it to whatever you like to create beautiful drinks. It offers huge flexibility; you don’t need a blender if you don’t have room! You don’t need to predict the drink of the season, it helps create all the popular choices! It means you can swap your hot drinks menu to a cold drinks offering as fast as our truly amazing British weather changes and better still the final drinks are what we all want – delicious!

What is Kool Kup?

The simple answer is; it's a cold drinks thickener. However, the great thing about our mix is there is no added flavour, meaning you can create a huge variety of drinks from just one packet. Create drinks by adding syrup and or your desired ingredients to create authentic and delicious chilled beverages.